Hi!
Today I am sharing a really easy and fresh appetizer recipe, perfect for summer as well as some Rocco pictures and stories of course. 🙂

I made these little cucumber boats for a work event last week and everyone really liked them. I was going to make them last weekend for a barbecue we hosted at our house for all my husbands co-workers but then realized this maybe wasn’t quite the right appetizer to serve to 8 manly men. Although it would have been entertaining!

Cucumber Boats
Cucumber, peeled and sliced “medium” on mandolin
Top with vanilla soy yogurt or whatever yogurt you like
Sprinkle with unsweetened coconut
Top with sliced strawberry

This is the yogurt I used and I really liked it! It was the first time I’ve ever tried vegan yogurt. It’s quite tasty but also quite high in sugar so I wouldn’t eat it on it’s own. 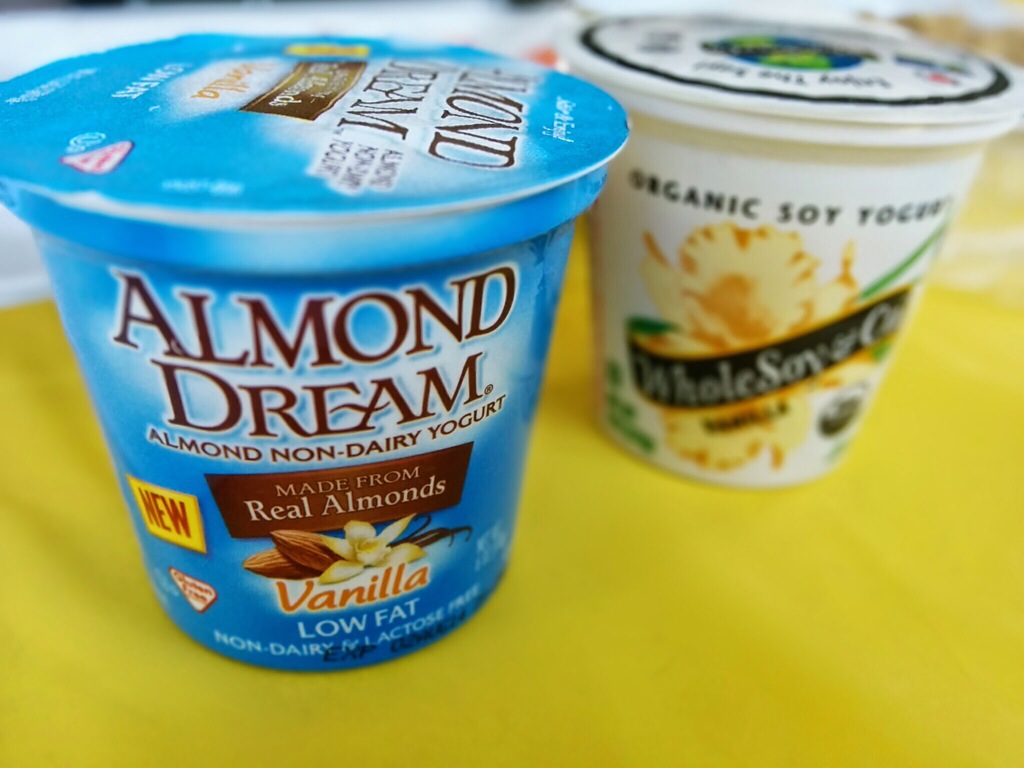 As I was making these at work I felt like I was giving out samples at Costco! By the way, people throwing elbows to get to samples at Costco is probably my biggest pet peeve in the world! Last weekend I watched a lady abandon her cart-with her child in it- to dash over to the samples of tortilla chips. Really? Had she really never tried tortilla chips before?

Rocco is now 4 months old and he just received the last of his vaccines. He now weighs 9 pounds!

Both ears stick up all the time like this now:

He has tennis ball fuzz on his nose because he spends 80% of his waking time eradicating fuzz from tennis balls.
This picture makes me laugh. This is from his first week home with us. Look how small he was! 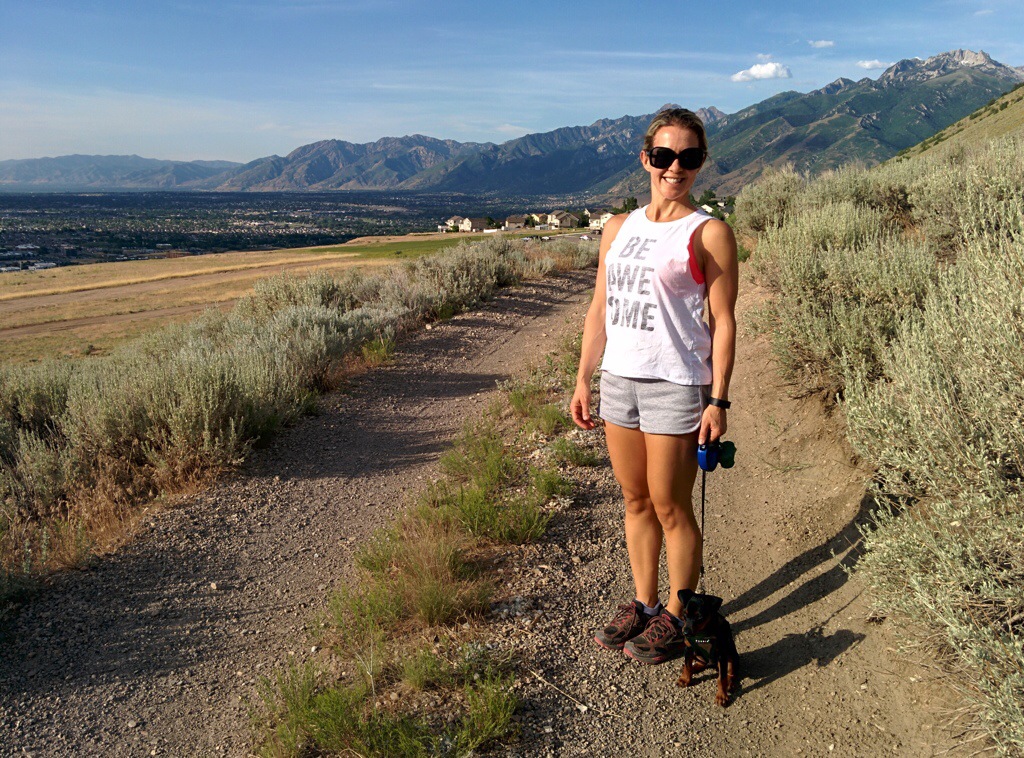 My shirt says “be awesome”. Because sometimes you just need a reminder 🙂

Rocco is teachers pet at puppy school because -obviously- he’s the cutest.

He burrowed under these pillows. 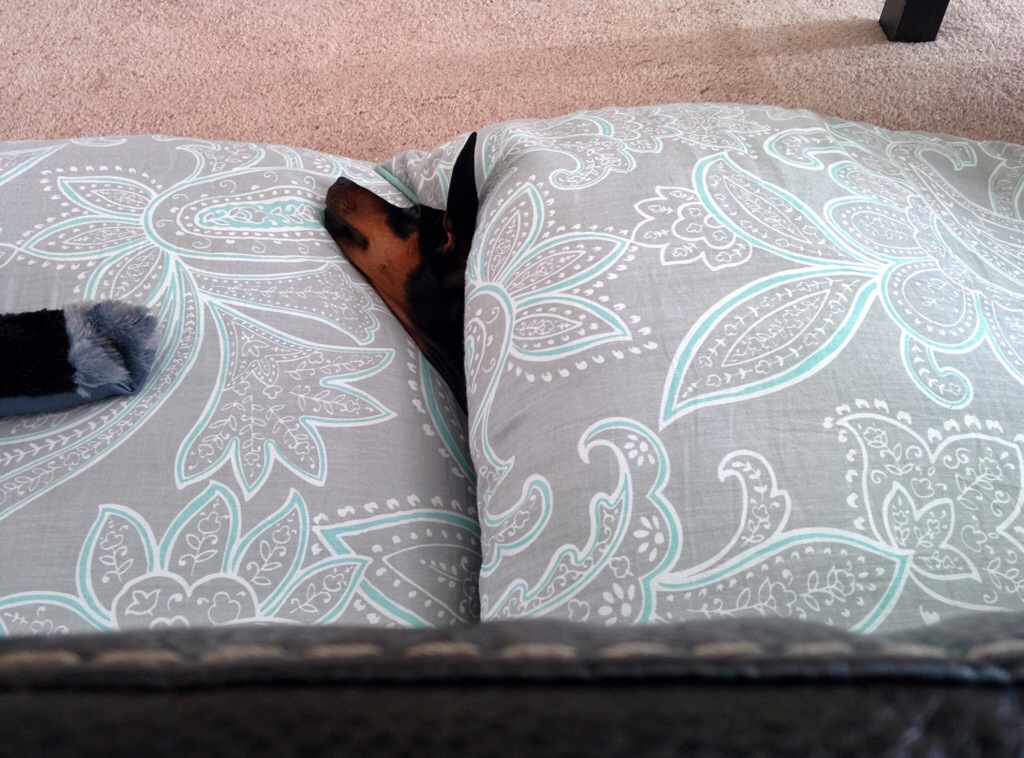 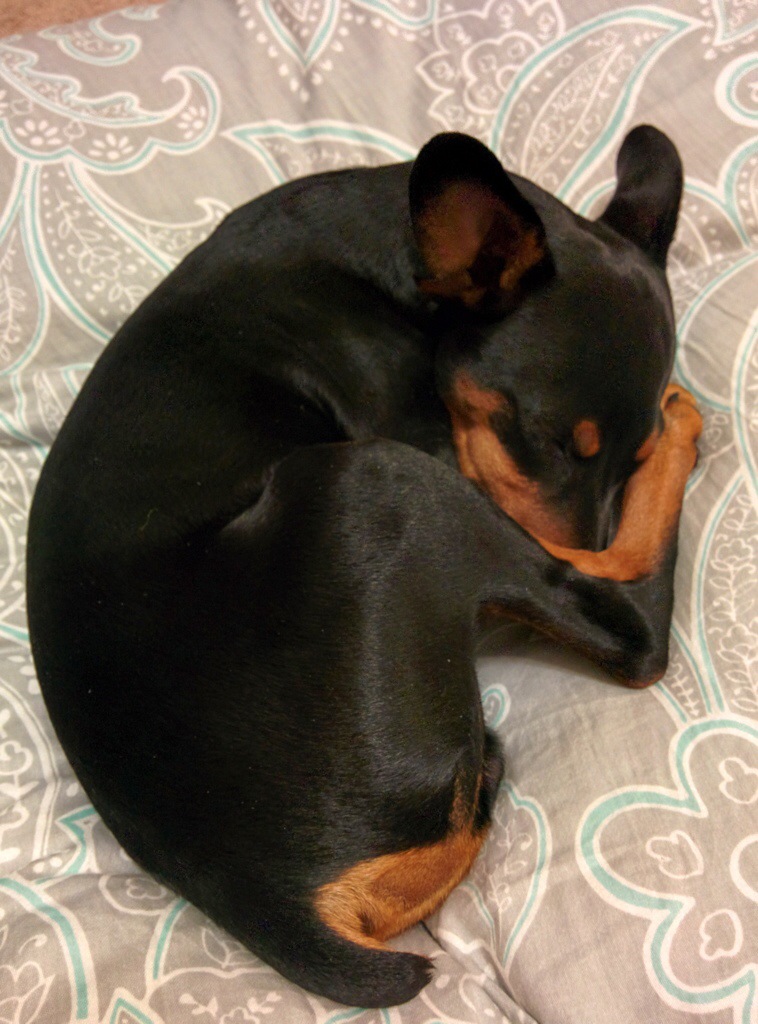 I’m amazed at how many nights my husband and I are left sitting on the bare floor holding a bone or dog toy and Rocco is sleeping peacefully on one of our pillows. Honestly, how do these dogs train us so well?!

Have a great week!
Laura