Right now I’m not really capable of talking about or thinking about anything other than Rocco, so I’m not even going to try! I’ll just share a bunch of pictures and stories instead.
First off, here is a picture of my new garden!

I got it from Costco and my sweet, sweet parents installed it for me! They know I don’t really enjoy digging in the dirt or making dirt level and they actually do enjoy that kind of thing so they did it for me! I feel like such a spoiled brat for writing that. Thank you parents. Thank you.
I’ll tell you who else enjoys digging in the dirt…Rocco!! He’s actually pretty good about leaving the garden alone except there was this one night…
I decided Rocco would do well with a mellow evening activity like chewing on a sweet potato rawhide. You know, the ones that look like a big sweet potato fry but it’s just dehydrated sweet potato. I want to eat them they look so good. Well he thought it was good too and ate the whole thing! 10 minutes later he had a sugar high and was literally bouncing off the walls! He jumped in the garden and bounced around like a pin ball machine! It was too funny. Needless to say he hasn’t gotten one of those sweet potatoes since.

Rocco’s most favorite thing to do is play with his toys and tennis balls under the couch. He lays on his back and goes nuts! It’s impossible to photograph, so here is a really blurry picture of this mini-maniac. He went to the vet and weighed in at 4.5 pounds by the way.

Last night I gave him a bath, which he really didn’t care for. Afterward he was freezing since he has no body fat so I taught him how to sunbathe! 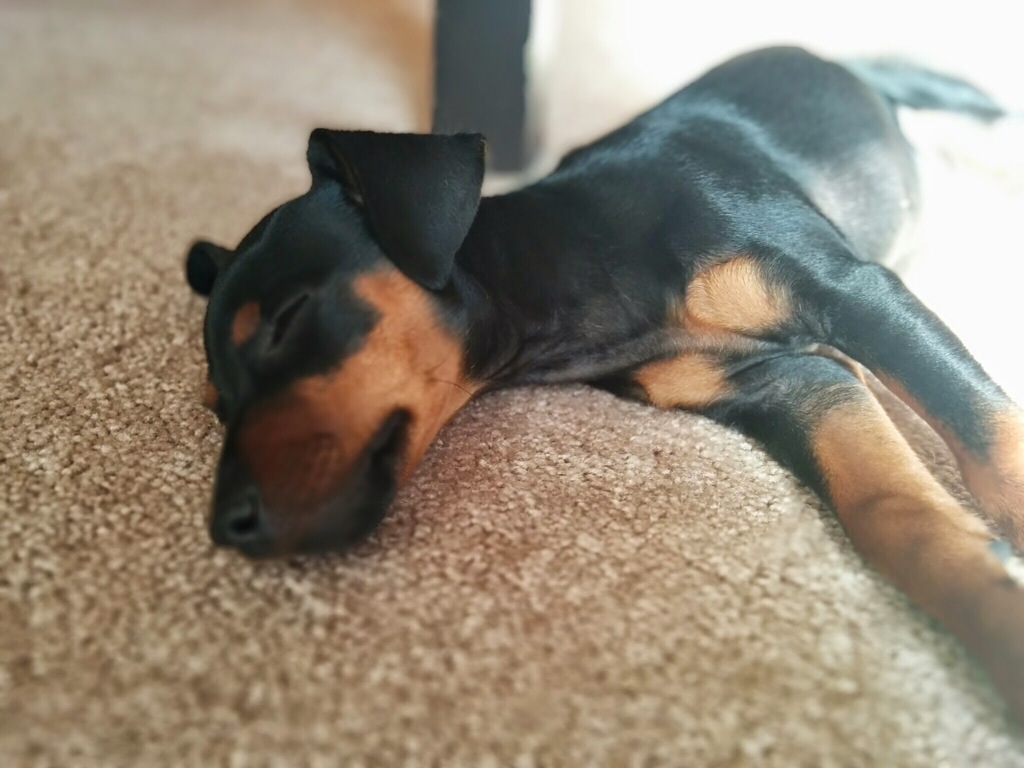 He also really loves going to the Point of the Mountain Flight Park with me to watch my husband paraglide. He is going to be the best little flight park buddy! He got cold and sleepy so luckily I always have a blanket on hand for such emergencies.

My other interests at the time include binge watching Breaking Bad (we are on season 4 I think) and watching Mistresses, haha! That show is such a soap opera but I’m happy it’s back this summer.

Enjoy the rest of the week!
Laura