Ok, ok. I’ve posed a number of peanut sauces before but this one, THIS one is the best. For real. It’s really easy to make (7 min or so), really delicious, but the best part of all is it’s sugar free but still tastes really decadent. A few weeks ago I ate some peanut sauce at a Thai restaurant and it was so good it bordered on being frosting. You get what I’m saying. Most peanut sauce is loaded with sugar and icky oils!

Have ever wondered what it would look like if you drove around naked with just a pug to cover you up?

I’m KIDDING! I have clothes on, it’s just strapless, like most of my summer dresses so I end up looking like I’m naked in most summer pictures. Lilly wanted to ride in the car yesterday so I drove her to the mailbox. Honestly, I have no idea how she got so spoiled…

She had a stomach ache over the weekend. Poor girl. I gave her some pepto and she was back up and “running” in no time. 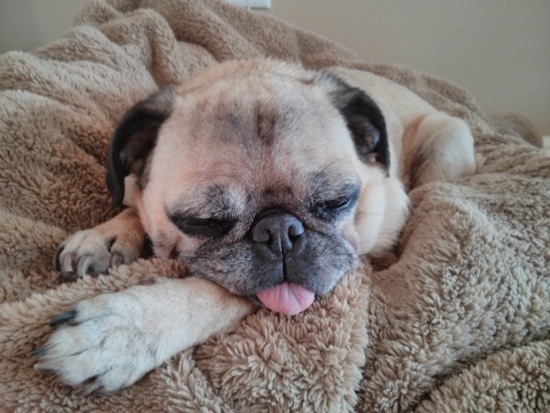 Lilly up and running.

Place 1 cup of water in a large glass mixing bowl and microwave on high for about 4 minutes until it’s rapidly boiling. Stove top method will work fine as well. I was just lazy and microwaved my water. While you wait for the water to boil assemble the other ingredients. Remove the boiling water from the microwave and add the peanut butter and coconut oil. Stir with a spatula for a couple minutes until the peanut butter is completely emulsified. I know at first it doesn’t seem like it will ever be smooth but it will, it just takes a couple minutes. Then add the rest of the ingredients and stir to combine. Store in the refrigerator. It will be pretty solid when it comes out of the fridge so just scoop out what you want to use and heat it up. Oh and this makes quite a bit of sauce. But I figure if I’m making something I might as well make a weeks worth. If you don’t want that much just 1/2 the recipe.

Happy sauce making and have a great week!

2 thoughts on “The Best Peanut Sauce…Ever”