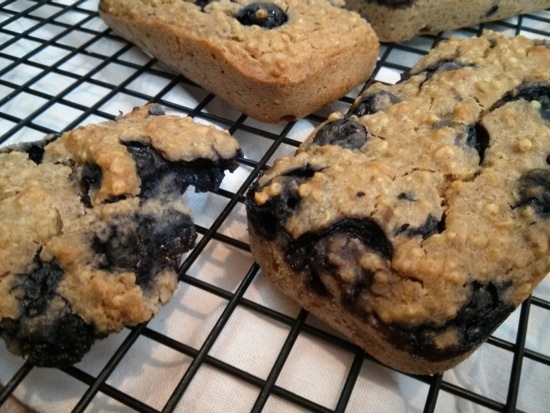 Yay for mini loaves! This way I don’t have to eat 2-3 muffins for breakfast 🙂
I made a version of these a couple months ago but this recipe is much improved because it uses frozen blueberries instead of dried blueberries which makes it much more cost effective! I tried making an apple cinnamon version too. They turned out ok, but not nearly as good as these.

Combine the almond milk and flax seed in a small bowl and allow to sit for a few minutes.
In the meantime, combine the flour, baking powder, salt and cinnamon in a large mixing bowl.
Now, add the oil, mashed banana and vanilla extract to the almond milk and stir with a fork. Pour the wet ingredients into the dry ingredients then fold in the quinoa and dried blueberries.
Fill the mini loaf pan or muffin pan.
Bake mini loaves for 45-55 minutes. Bake muffins for 20-24 minutes. Either way, bake them until they start to brown on top.

Lilly looks like she’s being tortured in this picture but I promise she was very cozy in this t-shirt and she was falling asleep wearing it. 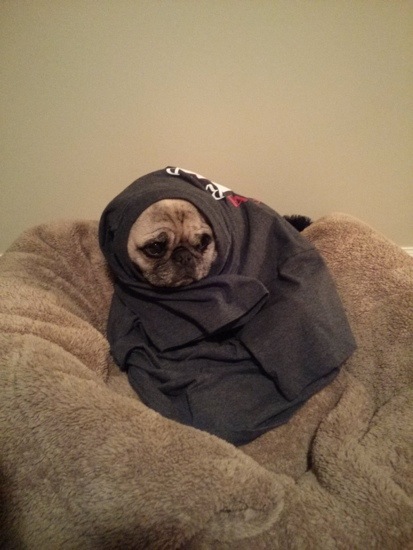 She’s just too funny to not put clothes on!